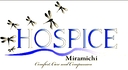 Hospice Miramichi was established in March 2011 and received its corporate status in July. The focus of hospice palliative care is on comfort, not cure and on life, not death. Hospice Miramichi seeks to raise the awareness of the unique needs of those living with life threatening illnesses where cure is not an option and medications are no longer controlling the condition. Hospice Miramichi works within the community to provide practical care and support for clients and families in their homes, in nursing homes, hospitals and residential care facilities (special care homes). Our volunteers are trained to provide practical and emotional support during the end stages of life and through the grieving process.

Board of Directors
Hospice Miramichi, Inc. is governed by an independent Board of Directors, elected from the community to serve in three-year terms. The Board is comprised of a Chairperson, Secretary, Treasurer and 4 directors. Currently there is one non-voting member of the Board acting in an ex-officio capacity (Executive Director).

The Board of Directors is the legal authority of Hospice of Miramichi Inc., and oversees the affairs of the organization. As a member of the Board, a Director acts in a position of trust for the community and is responsible for effective governance, stewardship, leadership and support of the organization. The following people are members of the Board of Directors of Hospice Miramichi: 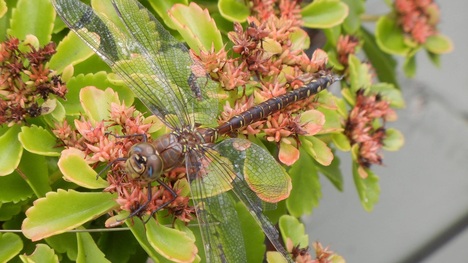 The Dragonfly
A symbol of change and transcendence, the dragon fly has often been associated with palliative care.

Once, in a pond, under the lily pads, there lived a water beetle in a community of water beetles.  They lived a simple life with few disturbances.  Once in a while, sadness would come to the community when one of their fellow beetles would climb the stem of the lily pad and would not be seen again.  They know when this happened; their friend was gone forever. Then, one day, one little beetle felt an irresistible urge to climb up that stem. However, he was determined he would not leave forever.  He would come back and tell his friends what he found at the top.

When he reached the top and climbed out of the water onto the surface of the lily pad, he was so tired, and the sun was so warm, he decided he would just take a nap.  As he slept, his body changed and when he woke up, he had turned into a beautiful blue tailed dragonfly with broad wings and a slender body designed for flying.  So, fly he did!  And, as he soared he saw the beauty of a whole new world and a far superior way of life to what he had ever known existed.

Then he remembered his beetle friends and how they thought he was gone forever.  He wanted to go back to tell them that he was now more alive than he had been before he left.  His life had not ended, but changed.  But, his new body would not go down into the water.  He could not get back to tell his friends the good news.  Then he understood that their time would come, when they too would know what he now knew.  So, he raised his wings and flew into his joyous new life!